For starting a Tinder conversation, it’s essential to consider certain tips that will make a remarkable bond. 1. Don’t simply say “Heyyy". You have to catch the other individual’s eye. Anybody can text “Heyyy” or send 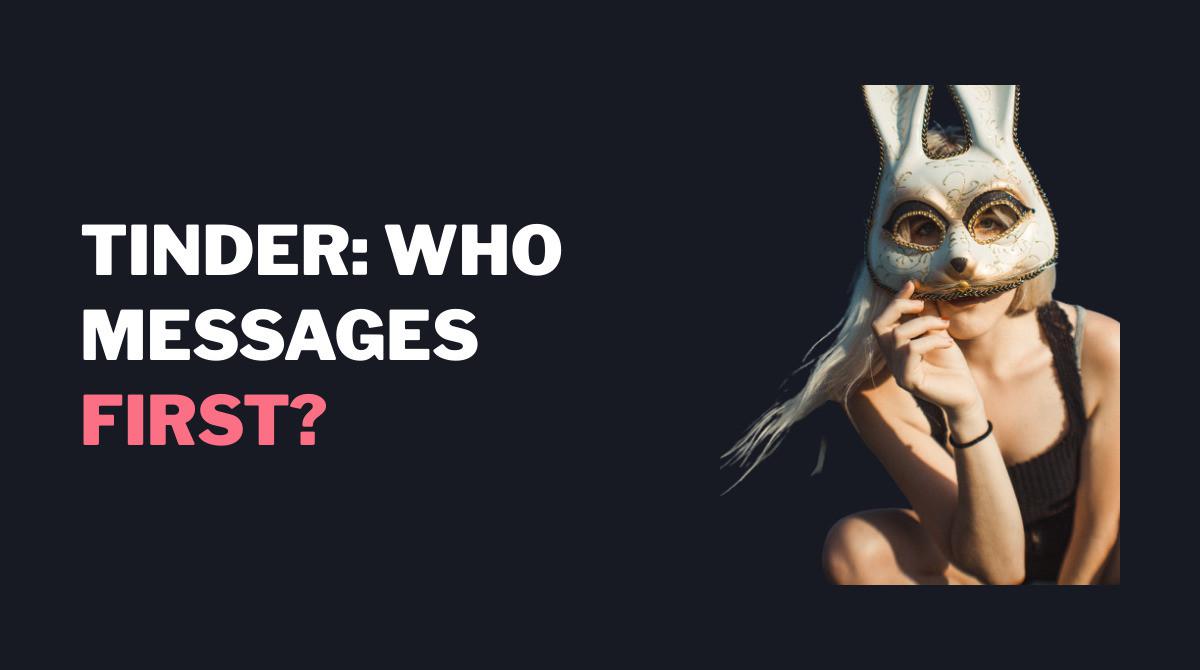 I'm sure you are wondering who messages first on Tinder.

I know when I started using the dating app, I couldn't help but wonder if it was a faux pas to message someone before they messaged me. A friend told me that women typically wait for guys to make the first move, so as not to seem too eager and scare them off. But it turns out this isn't always true! It seems there is no hard and fast rule about who should send the initial message on Tinder.

Some people say men should do it because they want to be chased after by the woman, while other people say women should do it in order get around "creeps". The truth is different for every person- some prefer waiting for their match's text

That is fairly unbalanced. But the gap is getting more and more narrow. Who should message first? Should you?

In this article we will cover a lot about this subject. Here is a list of the subjects, you can jump to any section that thrive your interest first!

Take this 2-min test, optimize your profile and match 😍😍😍 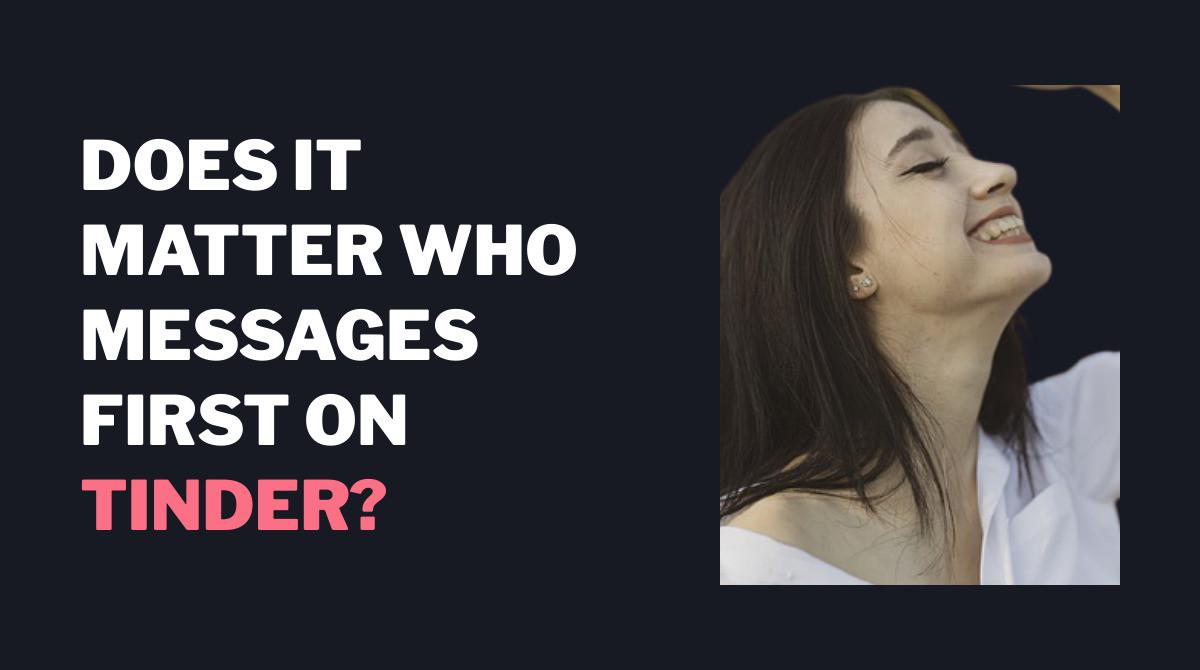 Does it matter who messages first on tinder?

It clearly does. For many reasons.

5 reasons to send the first message on Tinder: 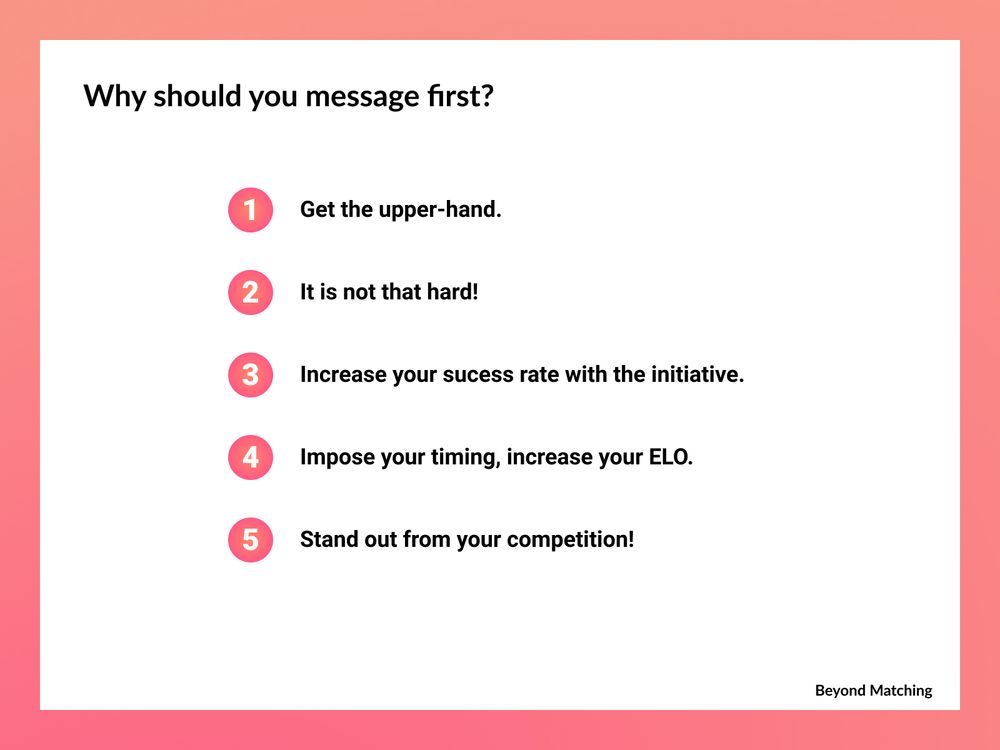 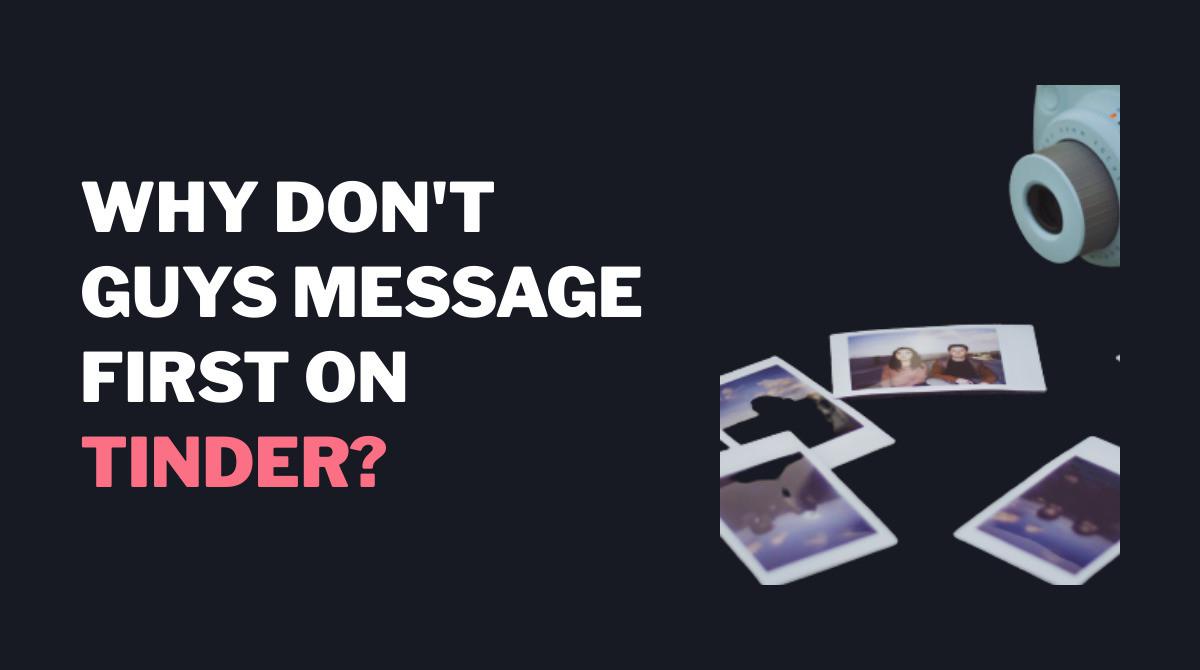 Guys are often intimidated to reach out because they're worried about rejection, so their first instinct is to wait for girls to do the first move!

They will tell themselves they are lazy, or don't know what to say, when they are in fact scared of not getting any answer in return.

Many are actually lazy, and do not come on Tinder often enough: they get a surge and swipe furiously for hours. Then do not come and engage conversation.

Let's face it, I've been there. You are not getting any matches, and are working hard for that.

You swipe and swipe without being that selective.

And here you go, you get some connections. Now you get a second look, and the girl is not really your type. Or you do not find inspiration. And you do it. You procrastinate.

Seconds become minutes and minutes hours. And your match is still waiting.

This is very common!

Swipe with caution, and engage fast! 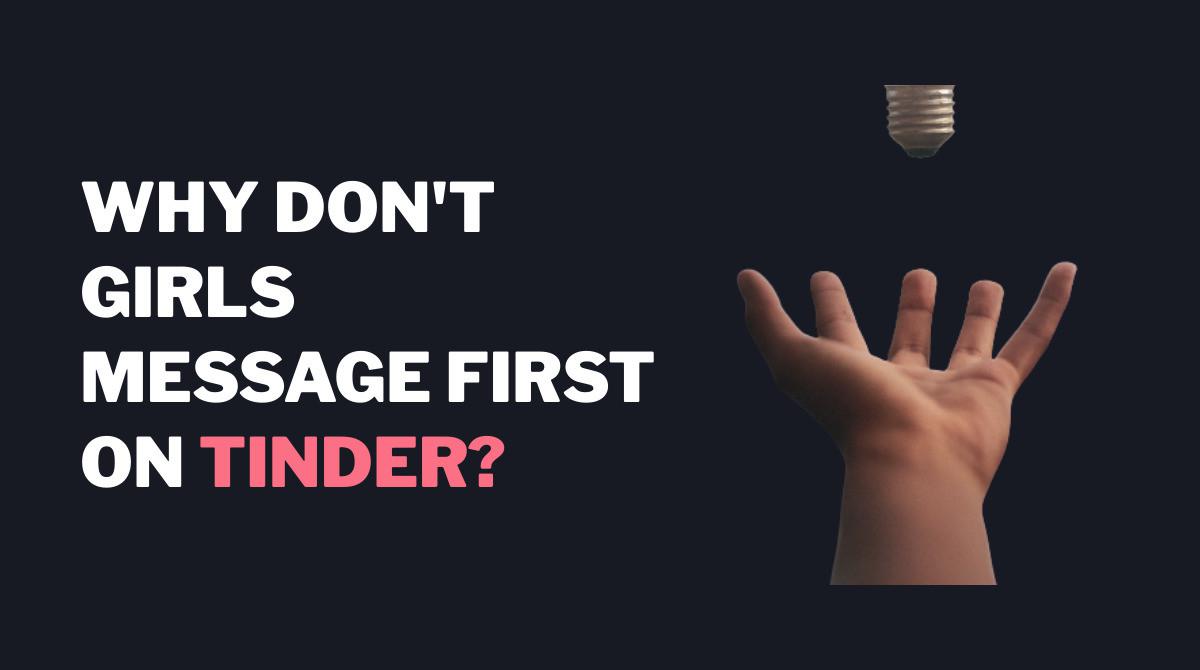 Several things are at play here.

First thing, this may be because they have been socialised to believe their gender should play hard-to-get in dating, or for a whole host of other reasons (consciously and/or unconsciously). The old courtship thing per-say. And this goes both ways

According to Tinder, only 1.4% of women think that they should send the first message. This is compared to 9.8% of men who think the same. ... Perhaps that's why 25% more women prefer a man to message them first than their male counterparts according to data from Tinder, not just because of women's shyness, but also because women are more likely to be ignored by men for sending the first message than vice versa.

The second thing is the "fear" factor, and fact that girls are pickier: when you're matched with someone on Tinder, it's usually not an instantaneous decision like swiping right or left. They see your profile picture and read through some of your bio before deciding if they want to strike up conversation! When this actually happens, most people get excited about potentially meeting; but then they immediately think about how anxious & "what if?" thoughts will follow them until after the first message has gone out.

Also, don't forget that girls get a lot more matches than guys on Tinder! They do start less conversations, but this is at play too. Waiting for guys to start is a way of filtering the motivated ones from the sort of lazy.

But girls! This doesn't mean that you should never message a guy first; if you think he's attractive and worth the risk then send him a chat. The worst thing that can happen is for him not to reply - at least it shows your interest in them! If he does reply back then wow: someone who likes the idea of chatting with you on Tinder before meeting up IRL. 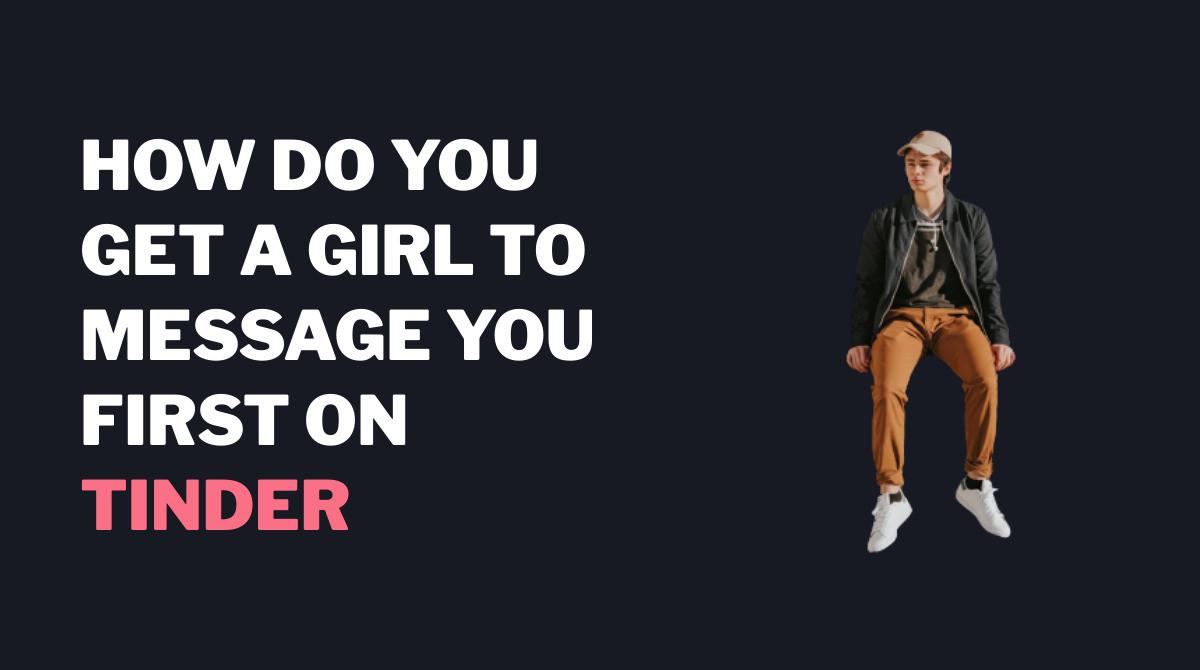 No deep secret. What helps you talk fast to someone? Material.

Your profile needs to be interesting, with photos inviting to a reaction: 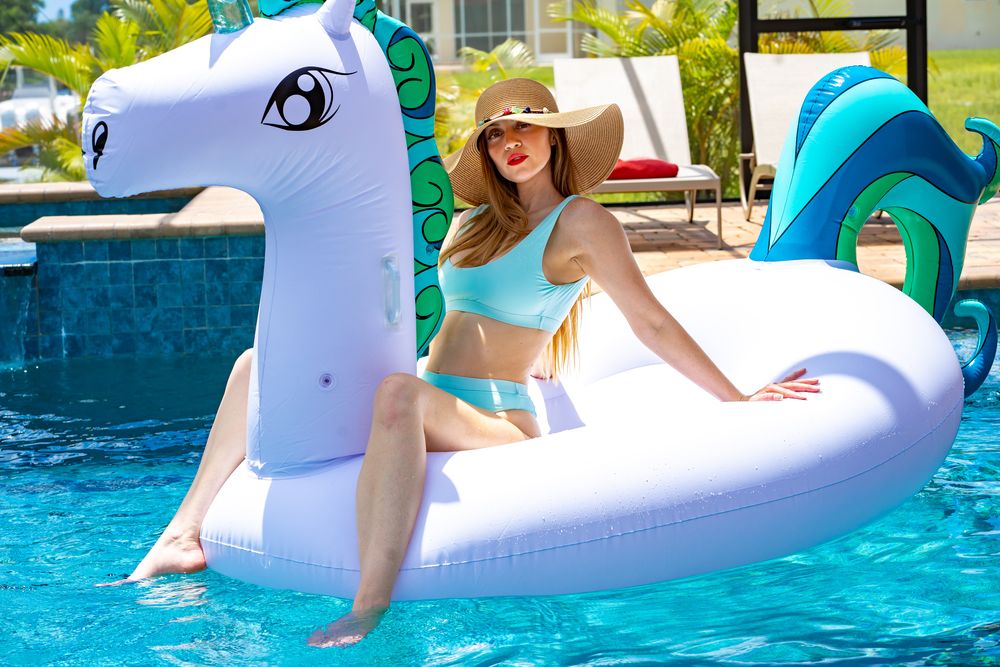 Posing on this item is likely to get people to message you first!

Also, use one of the most convenient possibility: your bio. Thats the thing you should look at to get the perfect conversation opener.

The same way, make it easy for girls to have something to tell you.

Use catchy lines to pick their attention.

Offer some kind of game, some challenge.

This will considerably increase the amount of people talking to you first. 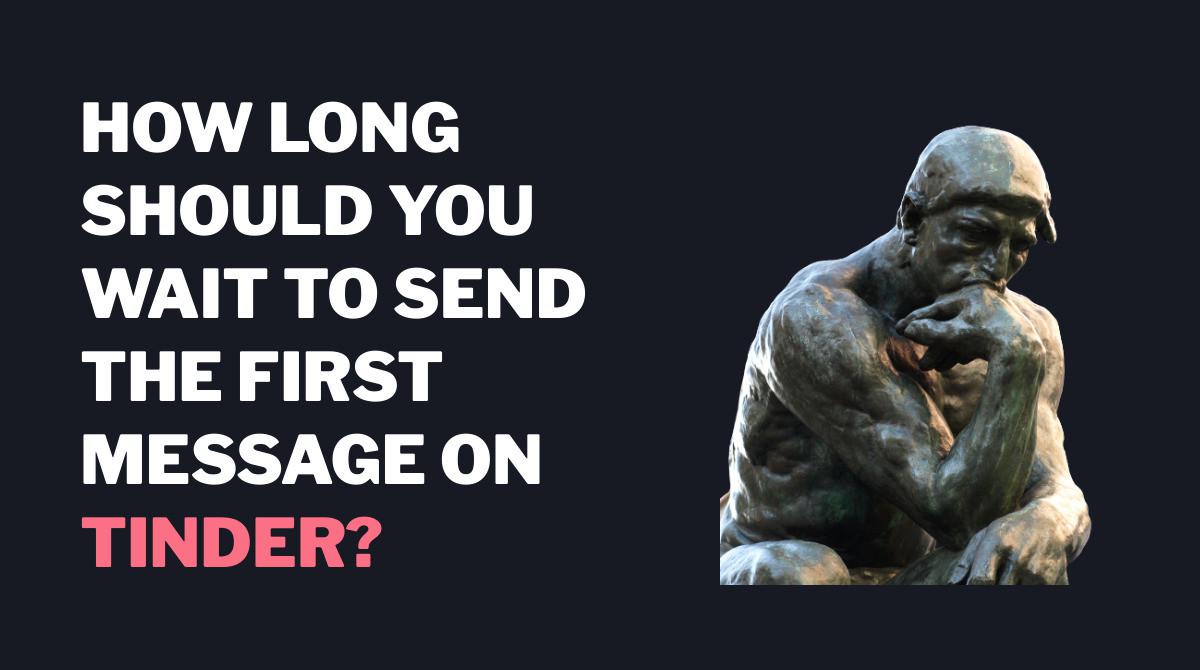 How long should you wait to send the first message on Tinder?

We already talked about that in our article about Tinder ELO. Don't wait.

Playing hard to get, trying to hide your interest is very counter productive on Tinder.

Just a reminder: if you're not doing anything on Tinder, chances are that other people aren't either. You'll never be able to keep up with them because they will always have something new to offer while you don't. 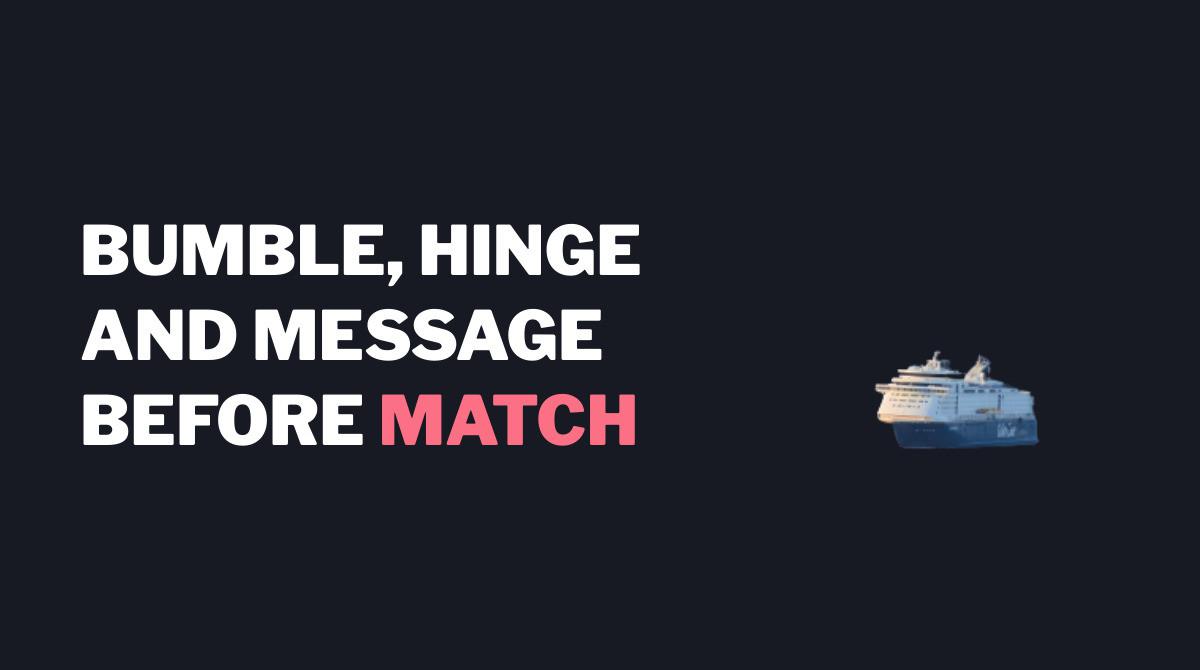 Bumble, Hinge and Message before match

Several special cases. To keep talking about Tinder, we have to mention the new super like! You can now simply message before match with that.

It's a great way for women to be able to get the ball rolling and start chatting without having to wait around.

From our experiments, it is significantly increasing the match rate, when you use our good opening lines!

Tinder is not the only app. On Bumble the question is answered simply: girls have to message you within the first 24hrs. Given what we said, it has big draw backs. We listed reasons why girls would not message first.

Forcing them could seem like a good thing, but it can however fireback with boring conversations.

In my view more interesting: Hinge.

Since you can add a message to your like, do it. Something contextual based on the other person's pictures.

It will hit two birds with one stone: 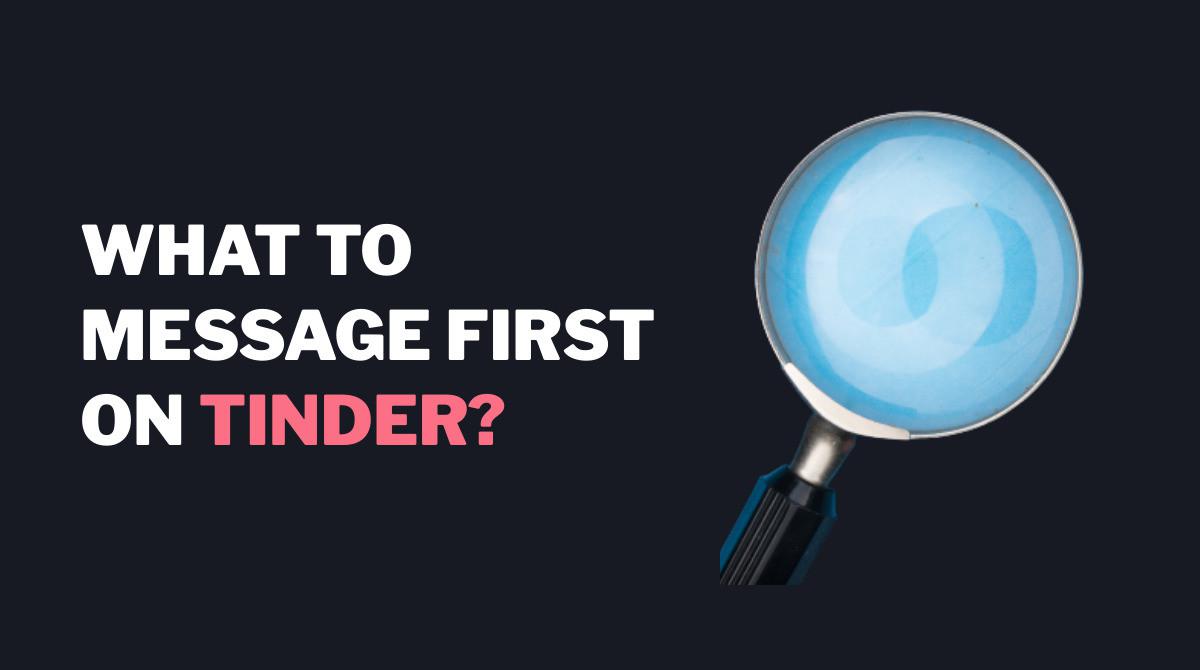 What to message first on Tinder?

Now that you mostly got the idea that it is good most of the time to message first, what do you say

We will just give general tips, that should help!

Because of psychological effects, mechanics effects (more boys than girls on Tinder, and girls being pickier), it is normal to expect guys to message first on Tinder.

Also, don't forget that you can get an edge on competition by doing so! You may be a guy or a girl, it works for both!

Generally speaking, there are always opportunities for who takes risks and action. 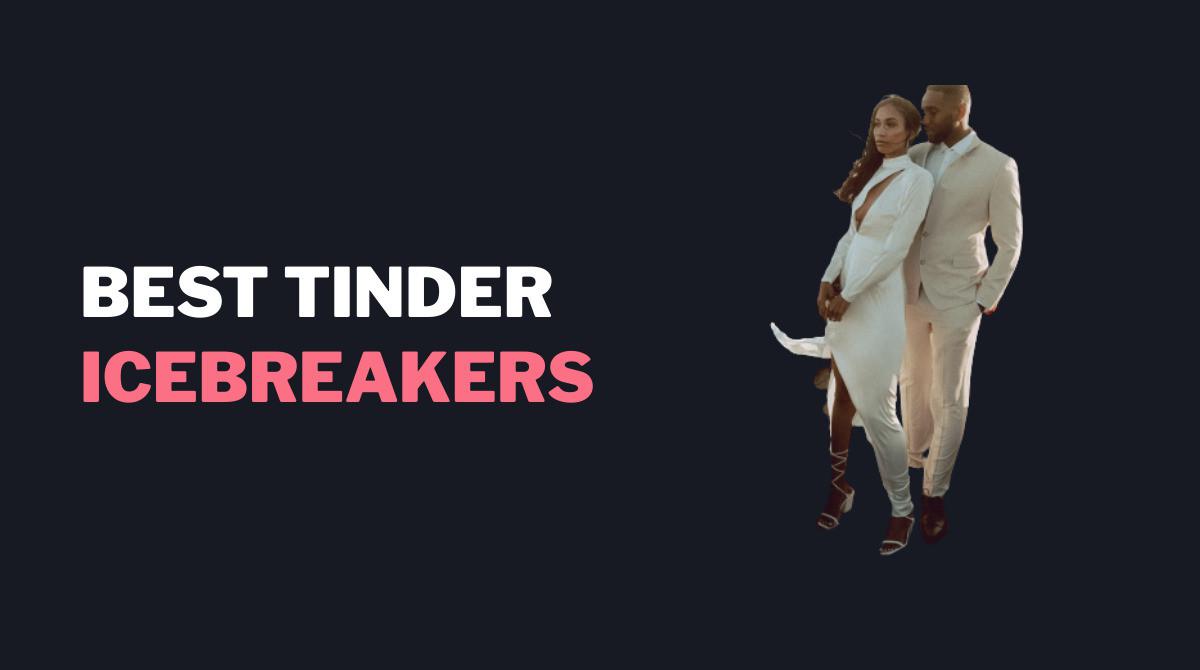 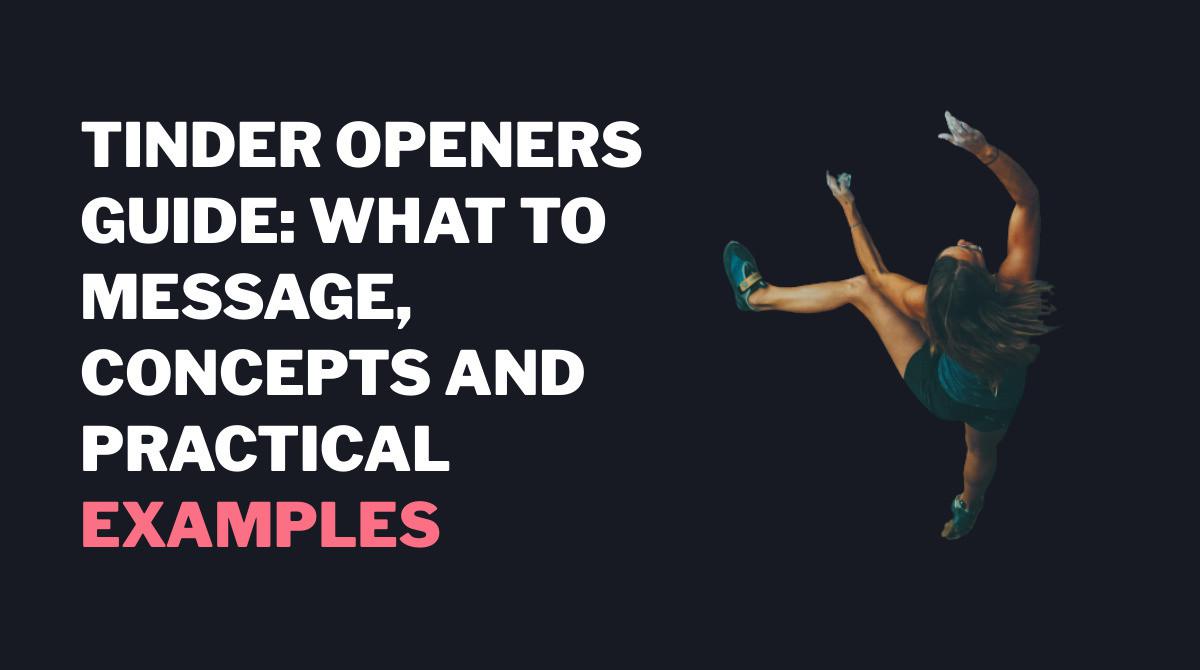 Tinder openers guide: what to message, concepts and practical examples 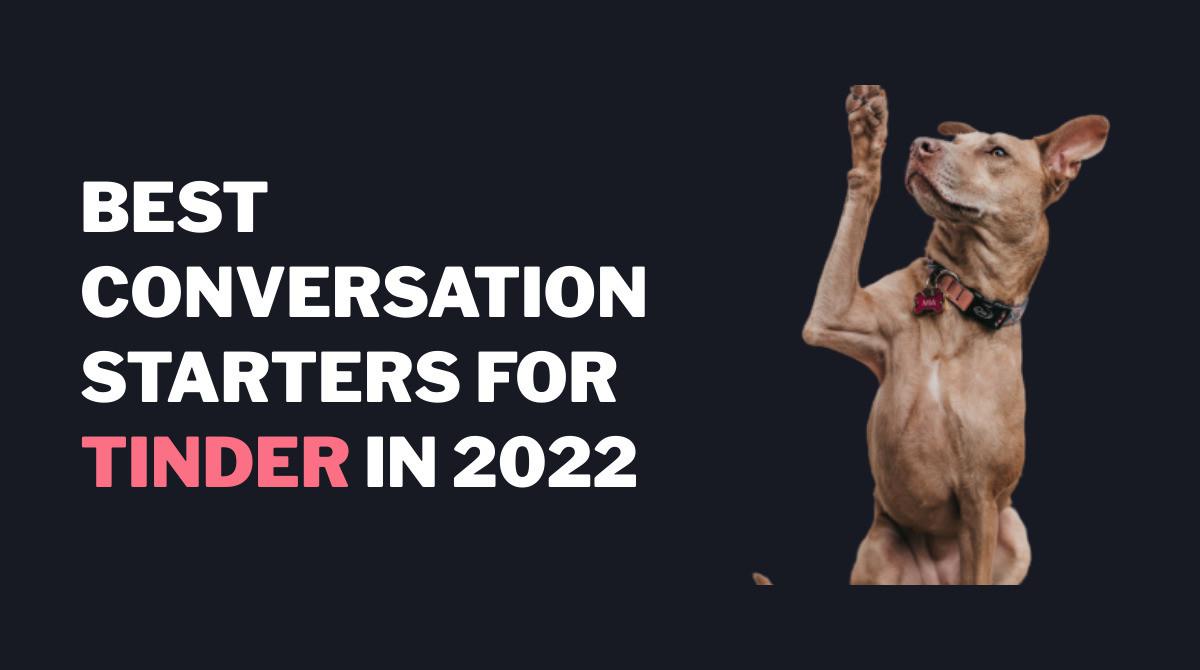 Best conversation starters for Tinder in 2022

Ben is one of the best Tinder Experts I've ever met and one of the few that cracked the algorithm of Tinder. Every week, Ben is publishing new articles on ROAST, helping 1M+ of people to get more matches, dates, and find the one!