Shadowbanned on Hinge in 2022? Learn how to reset your account

Are you shadowbanned from using Hinge? Here's how to check and, if necessary, how to reset your account. 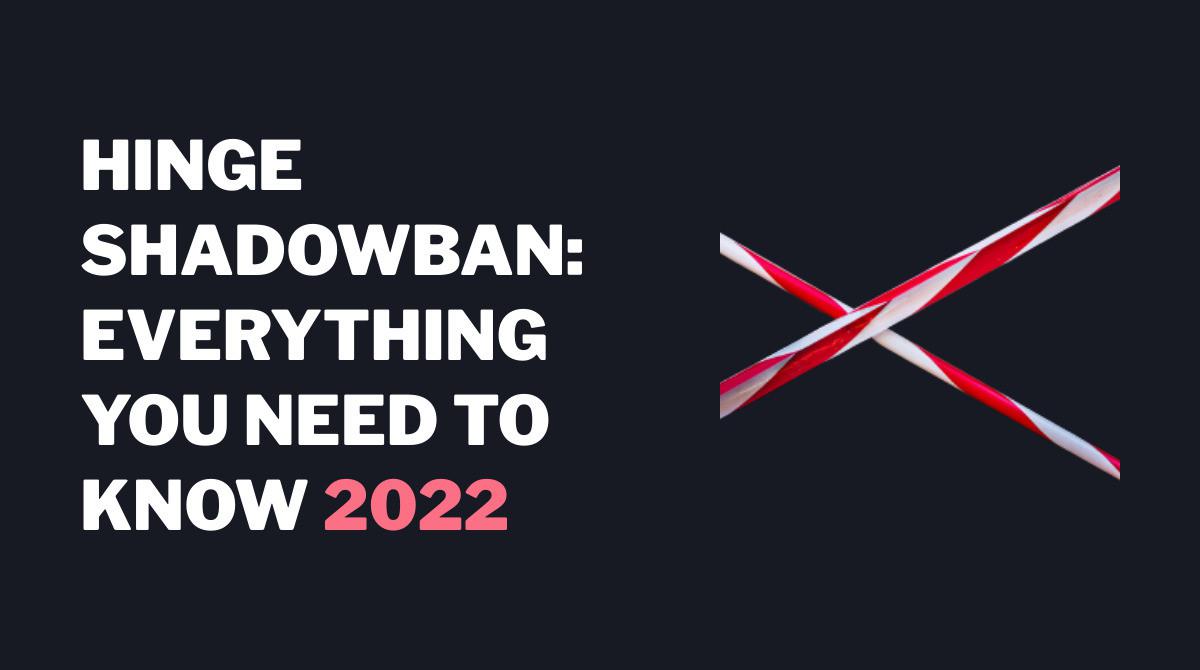 Not getting matches on Hinge? You may have been shadowbanned. No panic there are solutions, but you need to first understand well the situation.

Jump to the section you're looking for or read the whole article to learn everything about that tough situation! 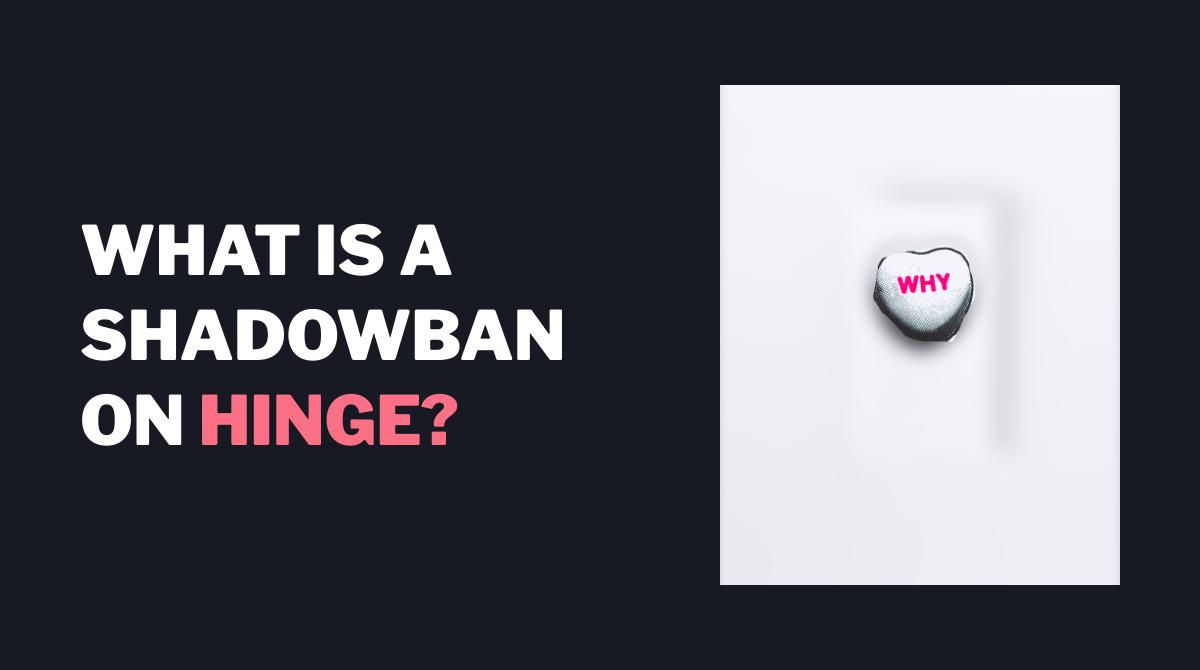 What Is A Shadowban on Hinge?

You hear the term shadow ban these days thanks to social media, but the concept is as old as the public internet, with examples dating back to 1980. In fact, it was a common practice in the early days of Craigslist and Reddit.

The idea is simple: rather than simply banning a user or an account, the platform simply makes the user harder to find. This could mean not showing up in searches, or not having comments appear publically.

While something less than having an account removed sounds like a good thing, getting banned this way can be even more insidious — because you can't always tell that's it's happened.

Rather than getting a notification that you've been banned, blocked, or deleted, you just notice your engagement numbers slipping over time. And you're left wondering, 'Was it something I said?'

This is why the concept of a Hinge shadowban is so troubling. There's no obvious way to tell if that's what's going on, so any time it seems like you're not getting the likes, matches, or messages you're expecting, you're left wondering if it's you, if it's a technical bug, or if there could be a Hinge ban in place.

In fact, Hinge doesn't officially say that they use shadow banning, and some dating experts don't even think this kind of ban is real. Meanwhile, Bumble wrote a blog post saying they don't use a shadow ban.

So is it real? Can you undo it? Keep reading to find out.

It's hard to know what makes you look attractive on dating apps, and even harder to make the changes needed to get more matches.

You've probably heard that "beauty is in the eye of the beholder," but what does that mean when it comes to your dating profile? Without help, it can be tough to know what works - and what doesn't.

Thanks to our A.I. trained by 100+ hot girls, you can access personalized advice to make your profile more attractive - in just 2 minutes - and chat with our dating experts. We've already helped over 15,000+ people to get more matches. 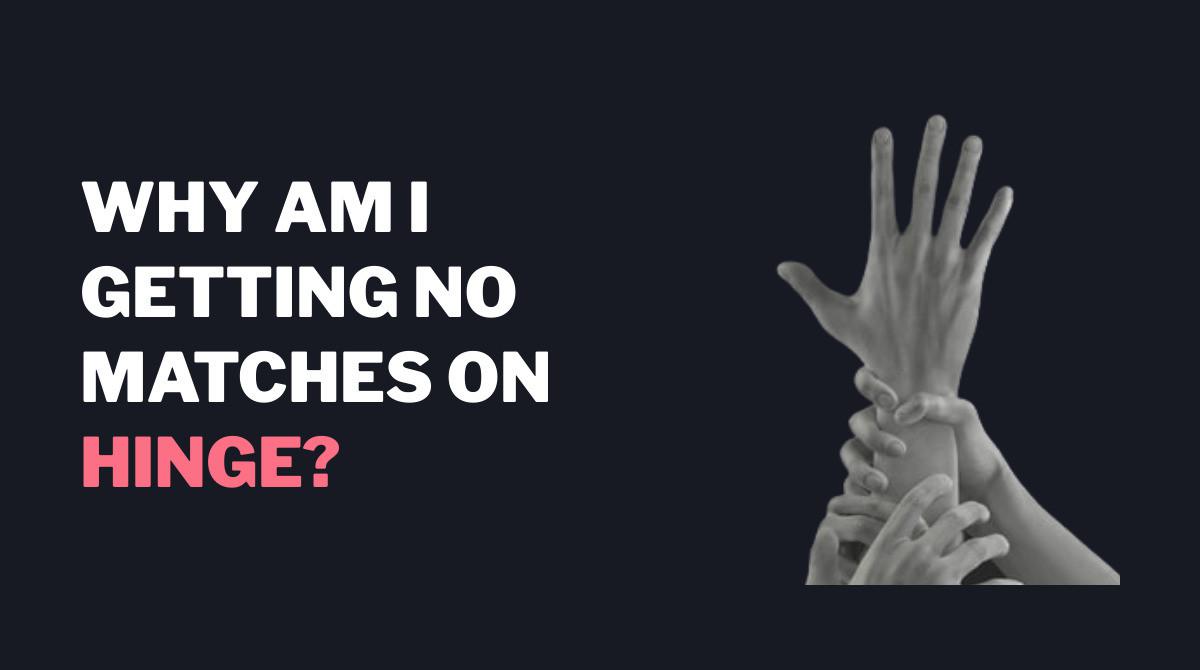 Why Am I Getting No Matches On Hinge?

Before you jump to the conclusion that you're facing a Hinge ban, consider the other possibilities.

Was your profile getting likes and messages before and they've suddenly stopped, or has your Hinge account never gotten the amount of action you're hoping for?

If you think you may simply need some help creating a winning profile, you've come to the right place. Our site is full of resources that can help you. Check out our explanation for why you might not be getting dates here. 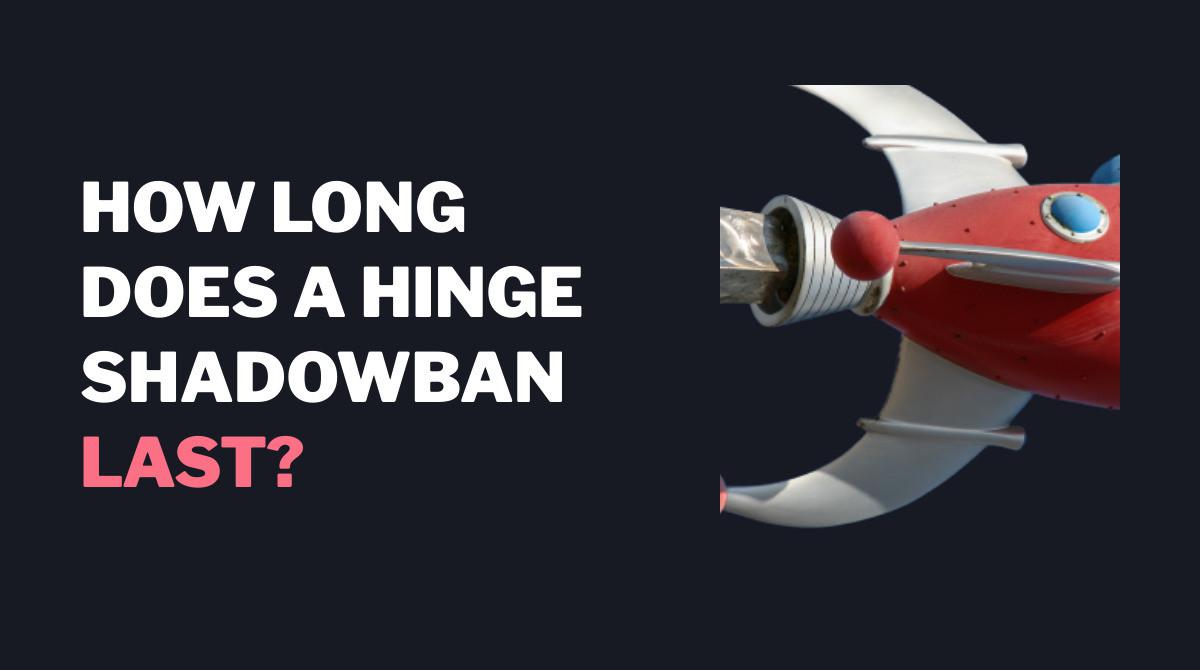 How Long Does A Hinge Shadowban Last?

Because this kind of ban isn't official, there are no firm answers from Hinge about what to expect. On Tinder, experts say these bans can occur for 24 hours, 7 days, or 30 days, depending on what rules were broken and how many infractions there have been.

Other sources claim that a Hinge account can be expected to reset in three months. So while that may sound like too long to wait — doing nothing is clearly the easiest solution. So if you're not too attached to Hinge, try spending a few months on other dating apps and then come back to see if the problem has been resolved.

Thanks to our Artificial Intelligence trained by 100+ hot girls, we can help make your dating profile more attractive in just 2 minutes. You’ll get matches every day that are tailored just for you – so there’s no guesswork involved at all!

With ROAST, you can be sure that you’re putting your best foot forward and get more matches with girls you really like. In a few seconds, you'll know what are your best pictures and why.

So, what are you waiting for to boost your profile? 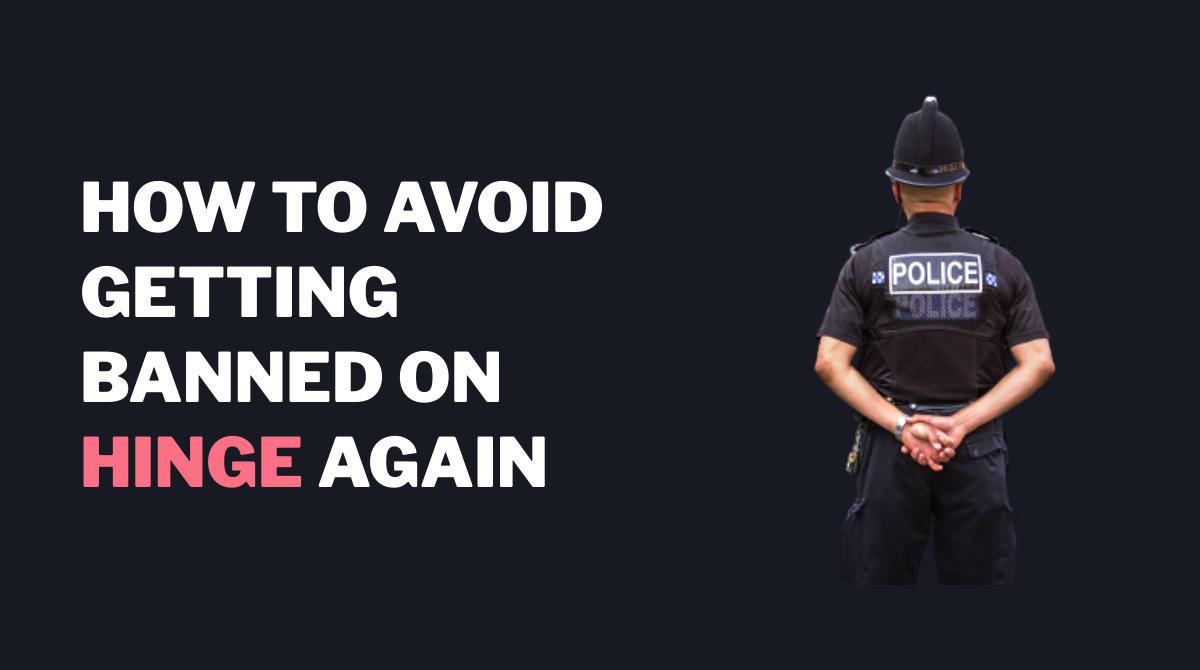 How To Avoid Getting Banned On Hinge Again

Feel like you were banned for no apparent reason? It's frustrating because Hinge won't tell you exactly what got you banned. But an easy guess is that you did something that went against their terms of service, such as trying to maintain multiple accounts or engaging in behavior that got you reported by other users.

If you want to avoid having this problem again, make sure to read up on their terms, and follow the rules! 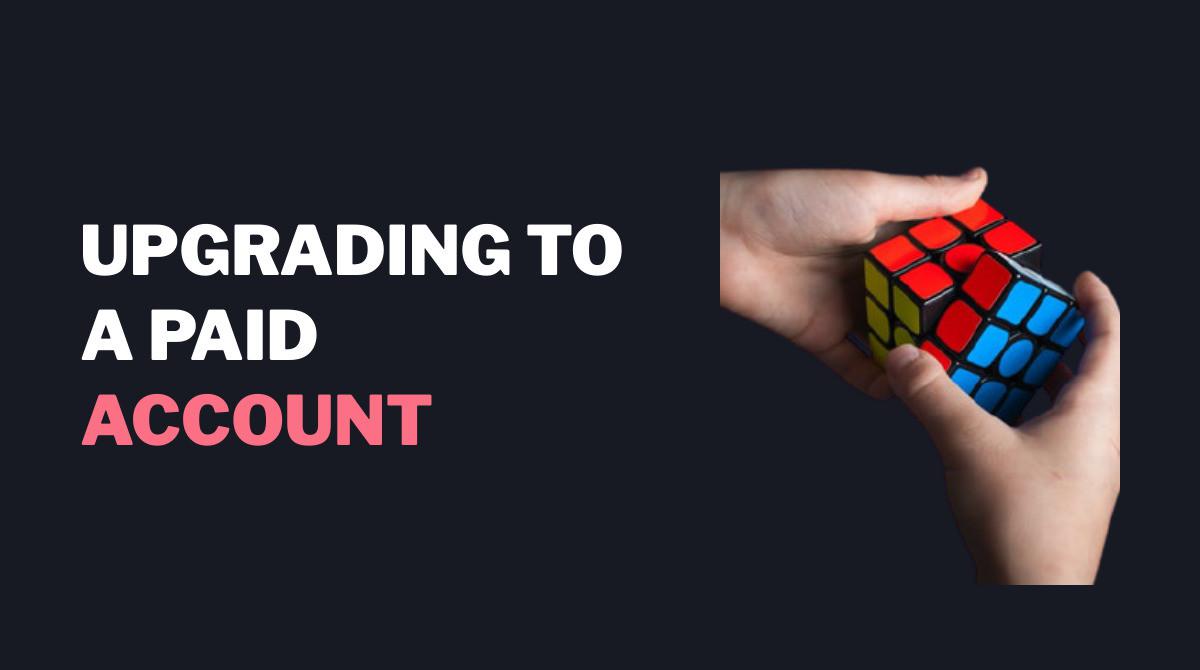 Some users have reported success getting a ban removed, or fixing other bugs, by upgrading to a paid account. And this upgrade can serve two purposes. For one, if Hinge won't let you upgrade, you'll know for sure that there's a problem on their end or a problem with your Hinge profile. And second, the additional features of the upgrade might be just what you need to get out of your rut (whatever the cause) and start getting matches again. 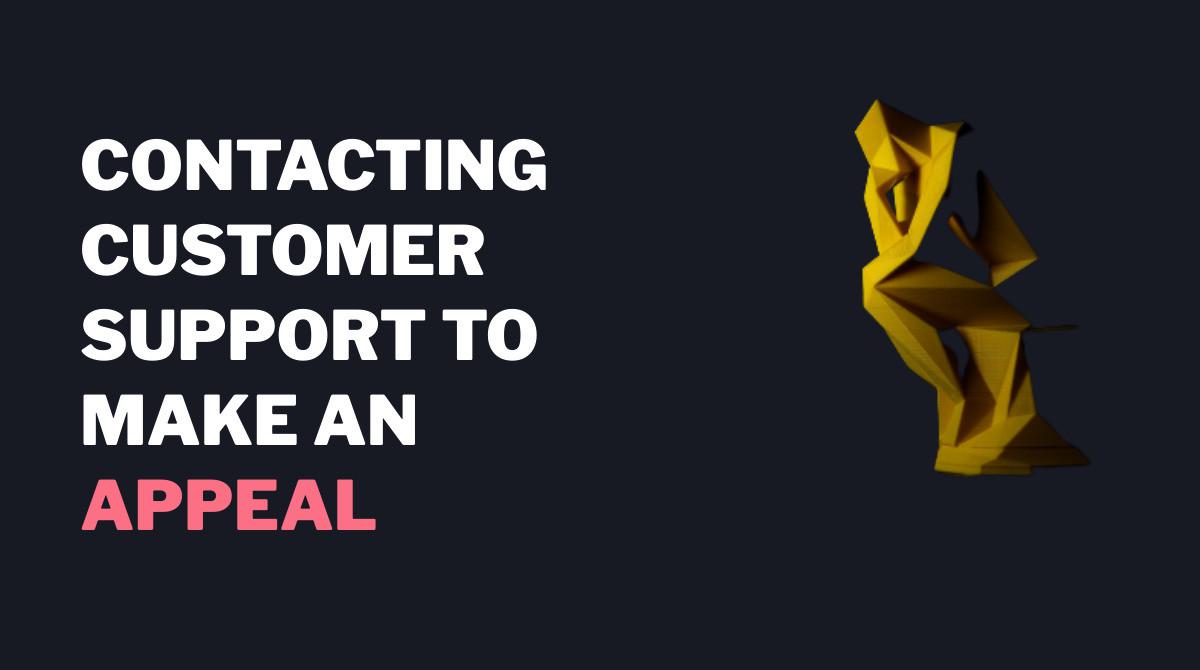 Unfortunately, like other apps, Hinge customer support is notoriously difficult to reach. Especially when it comes to bans, they're unlikely to provide much help.

Still, it's worth trying to get in touch before you do anything more drastic, if for no other reason than to verify whether there's a technical glitch they can fix for you.

In fact, if you report issues with their service, it's always possible they'll have a solution. And in some cases Hinge has been known to give paid accounts or other perks to people who have been banned or faced other problems through no fault of their own. 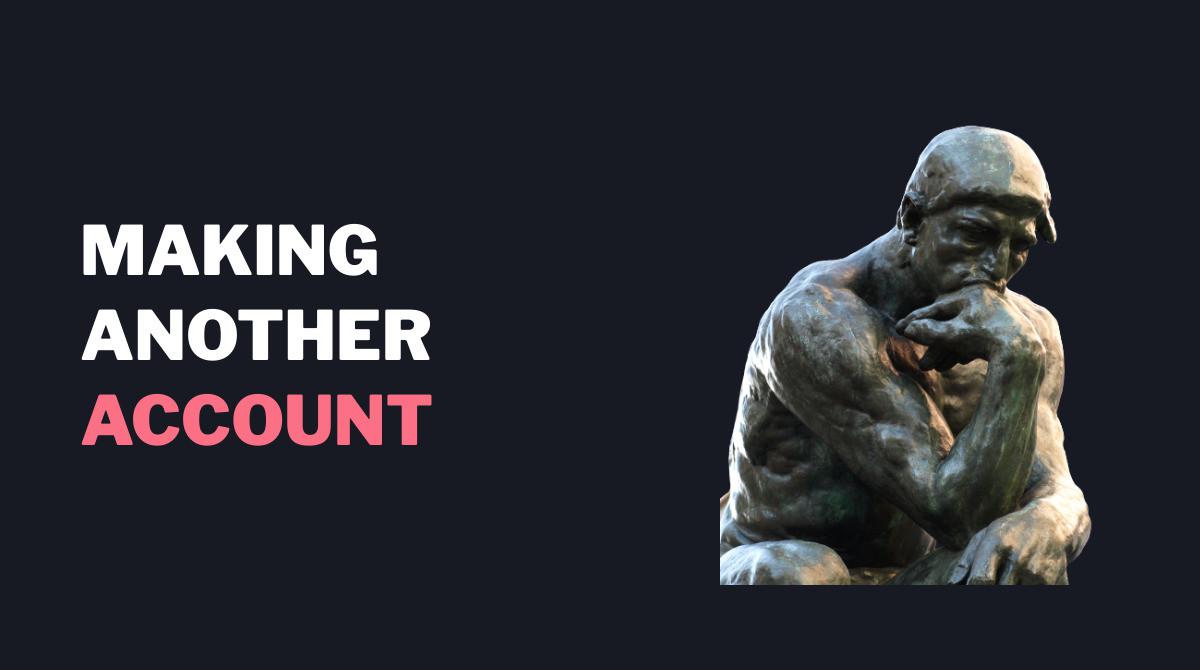 If you're sure that being banned is the problem creating a new account may be your only option. Just remember that multiple accounts are one of the issues that get people banned in the first place, so if you're going to go that route, you need to make sure the new account is really a fresh start.

Depending on how you signed up in the first place, you'll want to make sure you're using a new phone or device, new number, new Apple id, and new profile on Facebook.

Once you've got your new Hinge account — spend time to create the kind of profile that will make the woman of your dreams curious about you.

Be sure that your attempts to fix the problem don't simply make things worse.

If you're not getting the results that you're looking for on Hinge, start by making your account the best that it can be — from the pictures to the prompt answers. Next, make sure you're using your daily likes wisely, and that every message you send is a good one.

And if you do decide that deleting your account and starting over is the way to go, just make sure the new profile is showing you at your best, and that you don't break any rules that could get you banned on Hinge again! 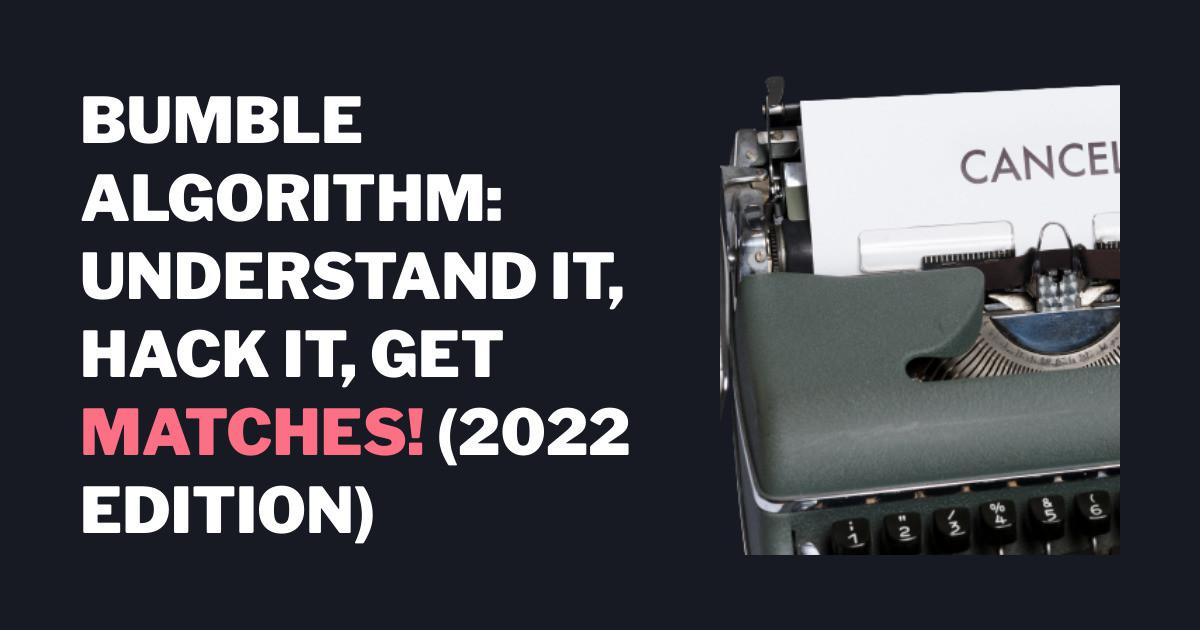 Bumble algorithm: understand it, hack it, get matches! (2022 edition)

Shadowbanned on Hinge in 2022? Learn how to reset your account 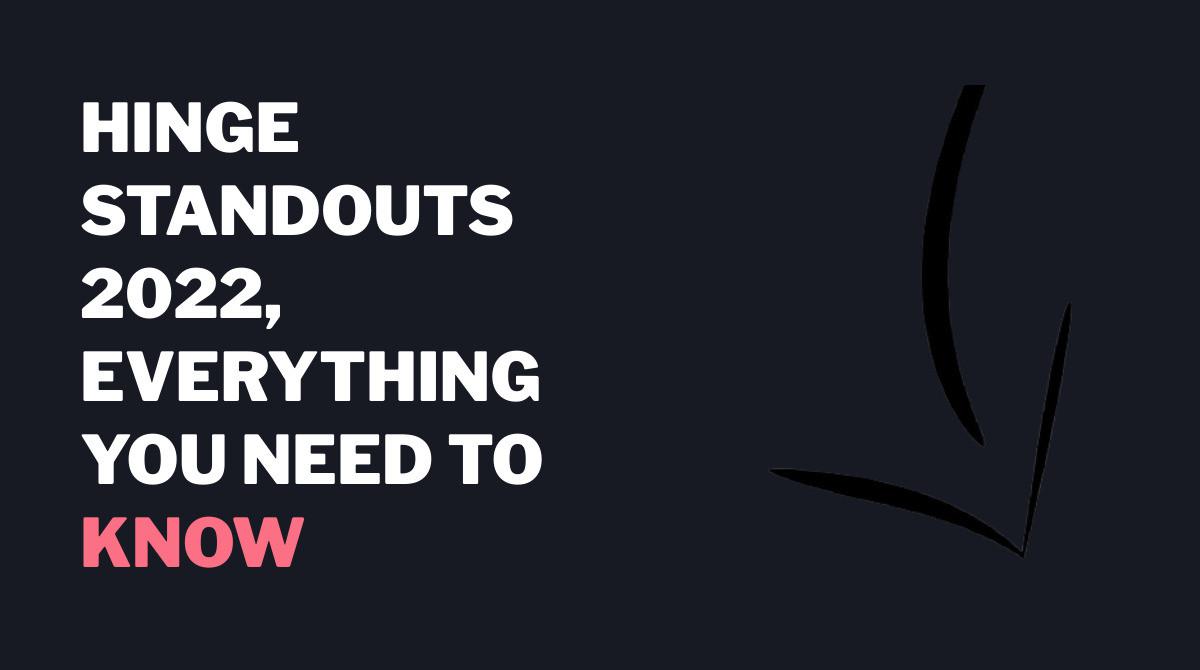 Hinge standouts 2022, everything you need to know

Ben is one of the best Tinder Experts I've ever met and one of the few that cracked the Algorithm of Tinder. Every week, Ben is publishing new articles on Beyond Matching, helping millions of people to get more matches, dates, and find the one!